Track Record of Accomplishments as an Organization

Free legal services for low-income people unable to afford a private attorney actually began in the 19th century through the pioneering efforts of volunteer lawyers and private charities.  By 1922, there were 33 legal aid offices in the United States.  The vast majority were totally dependent on local charitable donations.

Legal Aid programs in Iowa date back to 1951, when the Legal Aid Society of Polk County was founded through the efforts of the community foundation, the local bar association and Drake University to provide services to low-income residents of Polk County.

In 1965, Congress passed an act establishing the Office of Economic Opportunity (OEO).  In Iowa, four new legal aid societies in addition to the existing Polk County program were organized under OEO auspices.  They were located in Dubuque, Iowa City, Council Bluffs-Omaha and Waterloo.  Each office, like the Legal Aid Society of Polk County, was restricted to representing low-income people who resided in the county where the office was located.

In 1974, Congress passed the Legal Services Corporation Act (P.L. 93-355).  At the federal level, the passage of this law removed legal services from OEO and placed it in the care of an independent, federal corporation modeled on COMSAT, the Corporation for Public Broadcasting and other similar quasi-independent federal agencies.

The Legal Services Corporation is headquartered in Washington, D.C.  It is governed by an 11-member Board of Directors whose members serve staggered terms, are nominated by the President of the United States and are confirmed by the Senate.  LSC receives annual appropriations from Congress.

The 1974 legislation sets forth the Corporation’s statutory responsibility as being to support “high quality legal assistance to those who would be otherwise unable to afford adequate legal counsel.”  That mandate is founded on the congressional judgment that “equal access to the system of justice in our Nation” must be provided to all individuals, regardless of their financial status.

The strength of the national Corporation is said to lie in these fundamental principles of the Act:

In February 1977, the Legal Services Corporation of Iowa (now known as Iowa Legal Aid) was created through the merger of four existing separate legal services organizations located in Dubuque, Waterloo, Iowa City and Council Bluffs.  During the period of 1977 to 1979, new offices were opened in Sioux City, Des Moines (serving south central Iowa), Mason City, Cedar Rapids, Ottumwa, Spencer, Creston, Fort Dodge and Decorah.  For the first time, low-income Iowans in all corners of the state had access to a legal services office.

An approximate 30% funding decrease in 1981 caused the closure of Legal Services Corporation of Iowa offices in Creston, Burlington, Decorah, Fort Dodge and Spencer.  These reductions forced further consolidation of services and staff reductions.

The election of the 104th Congress in 1994 brought additional challenges to the Legal Services Corporation.  Substantial reductions in funding and significant new restrictions were adopted.  These changes, however, brought about additional partnerships at the state level.  Beginning in 1996, Iowa’s General Assembly appropriated funds for Iowa’s federally-funded Legal Services programs.  The Iowa State Bar Association and individual lawyers have expanded their support as well.  Many other groups have come forward to address the important task of providing access to justice for Iowa’s most vulnerable residents.

On January 1, 2003, the Legal Services Corporation of Iowa and the Legal Aid Society of Polk County merged to form Iowa Legal Aid.  The merger was part of a nationwide movement initiated by the Legal Services Corporation which required consolidation of states' legal aid programs in order to provide more effective, efficient services. The new entity, Iowa Legal Aid, provides services to low-income Iowans in all 99 counties of the state.

Iowa Legal Aid, as the preeminent provider of civil legal assistance to low-income people, continues to receive wide support.  The Iowa State Bar Association, local bar organizations, the low-income community and the population generally support the services Iowa Legal Aid provides.  The dedication of all employees is instrumental to this community support.  Iowa Legal Aid employees are expected to provide high quality representation to as many low-income clients with legal problems as possible.

Iowa lawyers volunteer their time through Volunteer Lawyers Projects.  In 2011, over $2 million worth of donated services was provided by Iowa lawyers.  The following quote from a client served by a volunteer lawyer exemplifies the impact of these volunteer services:

I have gone through terrible troubles and there didn’t seem to be any hope.  My husband of almost 49 years passed away with cancer.  I was left with huge financial burdens.  I lost my home that we lived in all our married life.  If it wouldn’t be for Legal Aid and the volunteer attorney, I don’t know where I would be today.  I have the most respect for the volunteer attorney who helped me and I’ll never forget all he’s done.

Track Record of Accomplishments as an Organization

For 40 years, Iowa Legal Aid has provided critical legal assistance to low-income Iowans who have nowhere else to turn.  Typical clients of Iowa Legal Aid include:

Other Iowans have contributed to legal services in positions of national leadership. Among them are former Congressman Neal Smith, who served as the chair of the Appropriations Subcommittee with jurisdiction over legal aid funding and George Wittgraf, an attorney from Cherokee who served as President of the national Legal Services Corporation. Current Iowa Congressman, Bruce Braley, served on the Board of Directors of Iowa Legal Aid.

Working to bring Hope, Dignity and Justice is an honored tradition made possible by a career in legal aid.

Consumer - Low-income Iowans frequently have problems related to a debt they might owe. Iowa Legal Aid has sought to enforce laws that protect consumers.

Housing - Housing cases make up a significant portion of Iowa Legal Aid's caseload.  Many of these cases ensure fairness in the way tenants are treated.

Notices which inform tenants of their right to cure a breach before being evicted were required by the Iowa Supreme Court in two cases brought by Iowa Legal Aid. Symonds v. Green, 493 N.W.2d 801 (Iowa 1992) (when rent is due, a landlord must give a tenant a three-day notice to cure the rent due before the lease is terminated); Liberty Manor v. Rinnels, 487 N.W.2d 324 (Iowa 1992) (when a tenant is being evicted for breach of the rental agreement, the landlord must give a notice to cure the breach before the lease is terminated)

The rights of persons with mental disabilities have been litigated and protected by Iowa Legal Aid attorneys in both state and federal courts. Salcido v. Woodbury County, et al, 119 F. Supp.2d 900 (N.D. Iowa 2000) (Iowa's civil commitment statute was declared unconstitutional on its face because there was no process to contest placement decisions and the board of supervisors were not neutral decision makers to decide appeals); In re Guardianship of Hedin, 528 N.W.2d 567 (Iowa 1995) (because the existing law did not meet constitutional requirements, the court determined that in all guardianship cases the court must consider whether a limited guardianship is appropriate, apply a clear and convincing standard as the burden of proof and place the burden of persuasion that a guardianship is necessary on the guardian)

Expanding the right to counsel for indigent litigants in civil cases is critical to expanding the limited availability of legal services attorneys. In re Interest of S.A.J.B., 679 N.W.2d 645 (Iowa 2004), a private termination of parental rights case, Iowa Legal Aid sought the appointment of counsel for a client whose rights were being terminated. There was no statutory right to counsel in private termination cases. The request was based on equal protection and due process grounds. The court granted the request for interlocutory appeal and on equal protection grounds determined that Iowa Legal Aid's client had the right to court appointed counsel.

Keeping people safe in their homes - Family law cases are by far the largest category of cases handled by Iowa Legal Aid.  The vast majority unfortunately involve protecting clients and their family members from abuse.

Domestic abuse protective orders are a critical component in providing safety and protection to vulnerable clients. Iowa Legal Aid attorneys continue to litigate decisions which limit the effectiveness of the law and the protection available to clients. Some examples include: Haley v. Haley, 662 N.W.2d 375 (Iowa App. 2003) (a person can have both a criminal and a civil no contact order); Rasmussen v. Rasmussen, 686 N.W.2d 235 (Iowa App. 2004) (fifteen minutes a side was not enough time to present a domestic abuse case).Liti 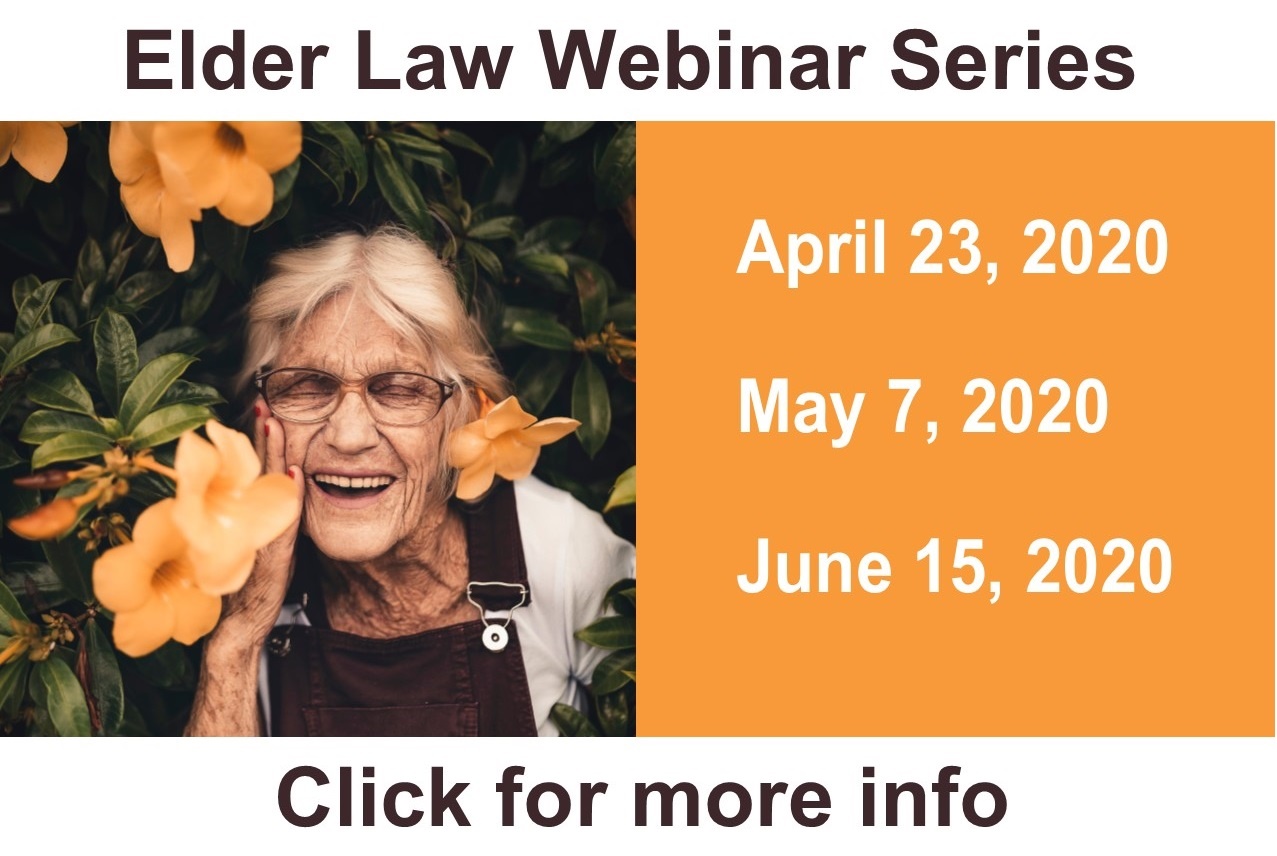